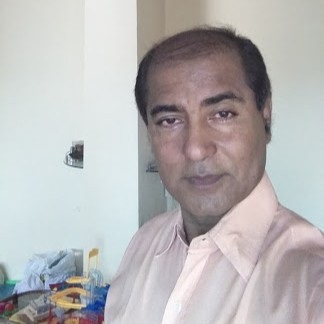 Prior to this he worked as Executive Director of Centre for Development of Advanced Computing (C-DAC), Mumbai for about 11 years, from Jan 2006 till July 2017.

His primary areas of work at Reliance are in Adaptive Signal Processing, Computer Vision and Machine /Deep Learning. He applies these areas to develop technology for Government-to-Citizen Platforms, Precision Agriculture & Health-care applications among others.

Earlier in the capacity of Executive Director at C-DAC, Zia Saquib had initiated a number of projects that later culminated into successful products under the National e-Governance Plan of India.

He was also the Chief Investigator for “SCADA Security Solutions” a Government of India, Ministry of Electronics & IT project, and in this capacity he developed a secure protocol called Flexi-DNP3 specifically designed for the security & protection of Critical Infrastructure.

He is an elected Fellow of the Institution of Engineering & Technology (United Kingdom) and Senior Member of IEEE.

Zia Saquib has worked at the Florida Institute of Technology, Department of Electrical & Computer Engineering and later joined Vanstar Incorporated as Systems Engineer. He also worked at Ocwen Financial Technologies and Infotec of Florida and was the Founding Vice-president of Scope Technologies, a secure messaging service provider in Orlando.

I was Head of Research, Innovation and Development in the areas of Biometrics, e-Government Platforms, Computer Vision and Storage Networking.

I am responsible for Innovation & development in Computer vision, signal processing and Machine Learning as applied to Platforms and Service provider networks.

Broadly, my focus areas are as follows:-

I am a member of the Working Group of the following e-Governance Standards Forum of Government of India:-

I am also a member of the following committees:

[1] Method and System for Disaster Recovery between primary and secondary data center with zero RPO. (Granted, Patent No. 321137)

[2] “SecKeyD”: A Method and System for Secure Key Distribution in Constrained Environments (Filed)
–

Consulting
(List of assignments of value Rs 100 lacs or above)

All Sessions by Dr. Zia Saquib