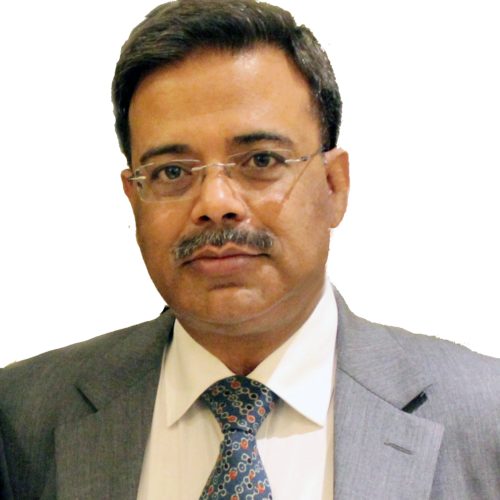 Sanjay Sahay is a post graduate from St. Stephen’s College, Delhi.  He belongs to the 1989 batch of the IPS, borne on Karnataka Cadre.  Accomplished a high degree of professionalism in wide and varied professional assignments and finally got groomed and refined into an officer who has 360 degrees experience of all policing tasks, simultaneously maintaining keen interest in all staff functions and a passion for usage of appropriate technology in policing at all levels and in all fields.  Important assignments have provided immense value to his professional persona. He has worked as Superintendent of Police in three districts, as IG of Eastern Range headquartered at Davangere, two UN missions in Kosovo, Yugoslavia and Southern Sudan and headed Karnataka Police Computerization, State Crime Records Bureau and Police Communications. Presently he is working as Additional Director General of Police, Police Computer Wing  located at Bangalore.

He is credited to have created an enterprise Resource Planning (ERP) software, the Police IT; based on .Net Platform, with 2.5 million lines of coding, 517 screens, 422 reports. This robust software is fully operational from 1607 locations since 2011. This is supported by broadband networking, an Intranet; Karnataka State Police Wide Area Network, KSPWAN and Karnataka State Police Data Center, KSPDC, a Tier II Data Center, running on Private Cloud. He is the creator of this unique IT ecosystem.

He has gained immense expertise in a broad band of technologies like TETRA, Geospatial Technology, ERP, Cyber Security, Cloud Computing and Big Data. In the last posting he made the ambitious Police Welfare Project of Cashless Hospitalisation, Arogya Bhagya Yojane, online. It has around 2,83,000 subscribers. He also headed the ambitious police housing project of building 11,000 houses at the cost of Rs. 2272 Crores.

He is the founding Chairman of the Karnataka State Police Electronic Systems Validation Committee created in Oct 2013. He is a member of the Technical Advisory Committee of Maharashtra Cyber Security Program, a Rs. 838 Crore project.  Presently, working for the creation of an Integrated  Command & Control Center for the state. It would be futuristic, envisioned to be an integration of Dail 100, CCTV networks with analytics, fire, ambulance, disaster, Police IT database, social media & electronic media filtering with TETRA being the redundant network and C4i software as the integration tool. It will have end to end support of locational services and geospatial technology.

He founded the Experiential Learning Lectures on the 19th of May 2012. This lecture series aims at providing a blend of practitioners expertise and an academicians deep knowledge and insight. He is a renowned professional public speaker on an array of topics inclusive of most of the topical ones like Smart Policing, Digital India and Safe & Secure Cities. His lectures provide one of its kind connect with the world, is erudite and incisive and provides contrarian thought to the established lines of thinking, well substantiated, nonetheless.

He believes that we are living in a world of Disruptive Innovation, where emerging technologies from Blockchain Technology to Artificial Intelligence will define the world in the making. We can’t afford to miss Industrial Revolution 4.0 He is a technology evangelist, management guru and an eGovernance expert in his own right. He has been writing articles for a large number of magazines, mostly professional ones. He writes a Daily Post on Whatapp, which has crossed 800 posts days back to back, on literally topic of national & international relevance.  Readers of the DailyPost wait for it everyday, addicted to it. He is the most consistent and the most prolific writer that the country has to offer.  A voracious reader enjoys reading the likes of Malcolm Gladwell, Jim Collins, Thomas Friedman and Daniel Goleman.

A man in the public domain with a philosophy to Make Change Happen, is consistently making it happen in Policing, Governance, Management & Technology.

All Sessions by Sanjay Sahay